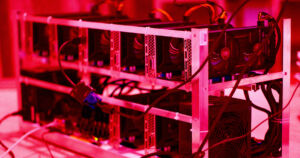 Cryptocurrency mining computers don’t just eat up a ton of power; they can also put out so much heat that some miners are making their rigs work double duty by mining bitcoin and keeping their homes warm, as The Wall Street Journal reports.

In fact, some cryptocurrency miners are using their beastly systems to warm chicken coops in the winter, or maintaining temperatures in small greenhouses.

“It was like those heaters on a restaurant patio,” a crypto miner named Thomas Smith, who set up such a system in his garage, told the WSJ. “I made a caprese salad.”

“I’ll strip down to shorts and a T-shirt if I’m playing an extended session,” a gamer named Jesse Zmick told the WSJ.

Even KFC has gotten wind of the trend, designing a gaming computer nicknamed KFConsole with partner and components maker Coolermaster. The round desktop PC has a special chamber designed to keep its fried chicken warm.

More on mining crypto: Analysts: Bitcoin Mining Costs More Than Its Worth

The post Bitcoin Miners Are Heating Chicken Coops With Their Rigs appeared first on Futurism.